Click Here to Learn More
Explore more with the links below: 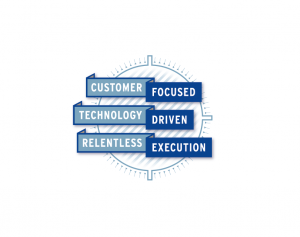 Team Focus Insurance Group has been serving the property and casualty insurance industry for seven decades. We trace our roots back to 1946 when MacNeill Group was founded as Frank R. MacNeill and Son.

Under the watchful eye of Frank MacNeill and subsequently his son Malcolm, the company prospered as a full service Managing General Agency writing commercial and personal lines via the independent agency network. The business continued to expand and in 1982 diversified by partnering with an insurance carrier to become the 2nd ever participate in the National Flood Insurance “Write-Your-Own” Program, this was the beginning of what we now call our Program Management Segment. The business expanded again in the late 80s in several ways. The first was working with a group of investors to form an insurance company. This transportation carrier was the first of more than 15 carriers we have helped start up over the past 30 years. The second expansion came in the form of the formation of a reinsurance company for the agency to take a part of the risks underwritten by the agency. In 1989, simultaneous with Malcolm MacNeill’s retirement, the business was sold to Jardine Insurance Brokers, a UK based broker now known as JLT.

August 1992 was a game changer! Hurricane Andrew rolled through South Florida leaving a path of destruction in its wake, and MacNeill was close to being a casualty, seeing several of the markets we represented go out of business and most others leave the State as fast as they could. Yet under the steady hands of Tom Rogan and Doug Bullington, the company persevered and paved new ground. First and foremost they made sure all policyholders’ claims were appropriately serviced and paid. Secondly, beyond rebuilding the general agency they focused on expanding market opportunities by becoming a service provider to the Florida Residential Property and Casualty Joint Underwriting Association (today known as Citizens) and by geographically spreading out to offer products and services throughout the State. Further expansion came in the formation and servicing of several Florida Homeowners Companies. Over the past 20 years we have helped in the formation of more than 12 insurance carriers.

In 2000, Doug Bullington (then President) and Kevin Tromer (then a Vice President) were presented by JLT the opportunity to execute a management buyout of MacNeill, and they did so via a purpose built holding company they formed called Focus Holdings (now known as Team Focus Insurance Group). The management buyout was done with a 10-year vision to expand the company by increasing the products represented, the segments served and the territories where we trade. The vision was executed by following the core values instilled in the organization back in 1946, it’s our people that make the difference and putting customers’ needs first yields long term partnerships and positive results for everybody.

Today, Team Focus Insurance Group is an innovative and diversified group of companies with almost 400 Team Members focused on delivering results for our clients and partners while simultaneously focusing on their own career goals and objectives. Operations include MGA and Wholesale Broking throughout the Southeastern US; Company and Program Management Solutions; Policy Administration Systems and Solutions; and Risk through our own Carrier.

Please explore this website as well as those of our affiliates to learn more about our group and how we can help you achieve your goals…ensuring your success.